In 2020, Bonhishikha developed a Training of Trainers module for UN Women in Bangladesh. We carried out virtual training sessions for all gender focal points at UN agencies in Bangladesh on ‘Preventing Sexual Harassment and Abuse of Authority’. 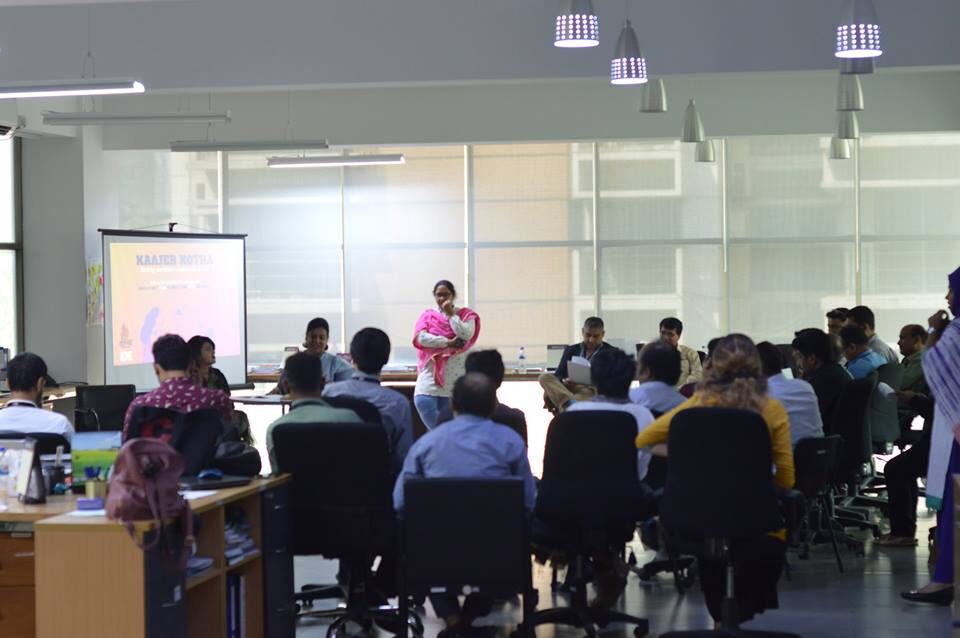 Bonhishikha aims to foster safe spaces and feminist leadership with focus on:

These programmes use feminist and gender-based approaches. They intend to enable all participants to reflect on, unlearn, and facilitate discussions on gender and power relationships in their public, professional, and private lives. 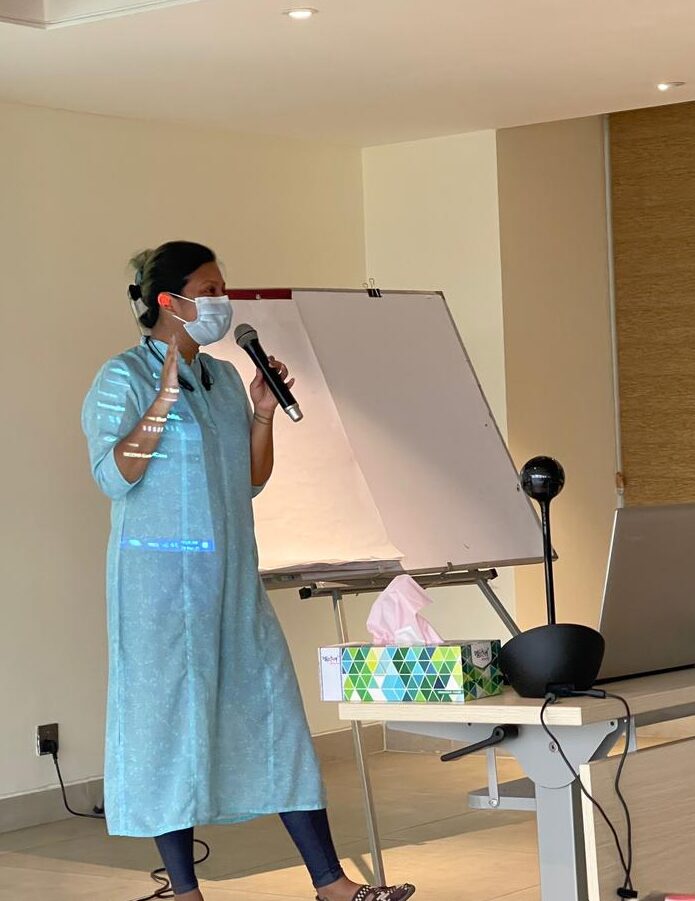 From 2015 to 2019, we planned and executed theatrical productions titled “It’s A SHE Thing”, “Nari Nokkhotro”, “Men Don’t Talk”, and “She Said He Said” to raise fund for different social causes, and grassroots marginalized organisations and groups. 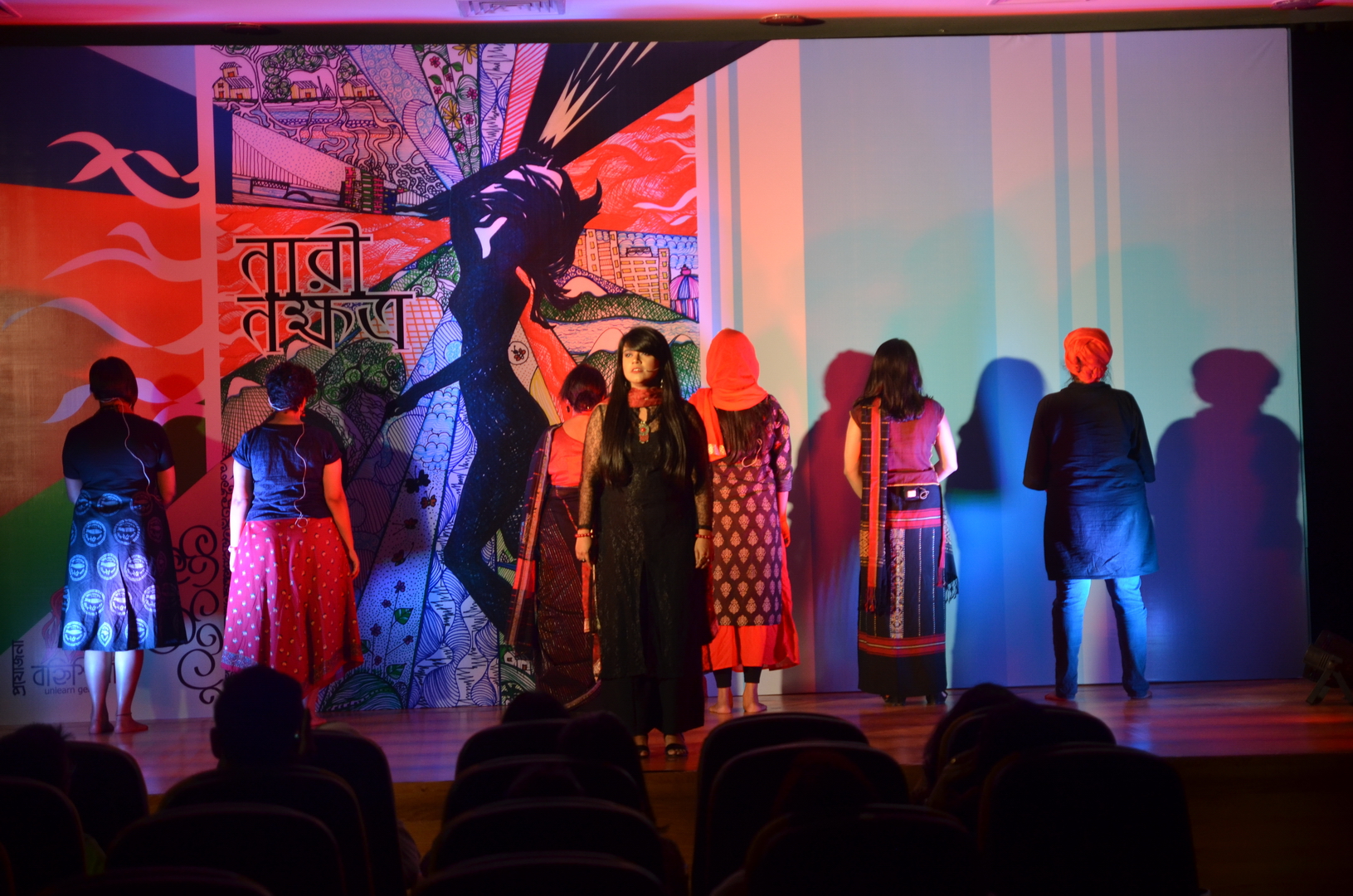 Bonhishikha works in collaboration with institutions to identify specific gender and power dynamic issues within the organisational structure. We then design interactive discussions and modules to facilitate conversations, helping organisations take steps to resolve the issues identified.

From 2016 onwards, we have conducted interactive sessions and workshops with private sector organisations such as BAT Bangladesh, Bikroy.com, Colors FM, Telenor Health, GPH Ispat; and development organisations like iDE, UNDP, UN women, the British High Commission, and the British Council.   We initiated conversations around gender and workplace sexual harassment to help develop an enabling environment at work which encourages diversity and also to set up inclusive mechanisms to deal with complaints filed.

Under the umbrella of Generation Equality, Bonhishikha facilitated an ideation session for UN Women, with young feminists from around Bangladesh, to discuss and plan out the scope of work for Bangladesh. A team of participants led by Bonhishikha attended CREA’s Reconference 2019 in Kathmandu.

In March 2020, Bonhishikha in collaboration with Leaping Boundaries conducted training sessions with teachers from different Madrasas (Islamic schools) from Dhaka. The sessions focused on “Understanding Gender Based Violence”, highlighting the need for Sexual Harassment Policies in all educational institutions.

In 2021, UNDP’s management retreat included a session on ‘Understanding Power, Consent, and Authority’, facilitated by Bonhishikha. We enabled conversations on how to integrate these issues into UNDP’s management and work cultures.

From the onset, Bonhishikha had mobilised passionate volunteers to work on a range of issues. These includes bodily autonomy, gender stereotypes, consent, the rights of gender diverse people, marital rape, and gendered expectations and burdens.

We are committed to building feminist spaces through movements and discussions. Our volunteers are feminist leaders. They comprise of gender diverse youth advocates who represent our voices both regionally and globally.

We actively seek to build our youth leadership through our partnerships with like-minded organisations. 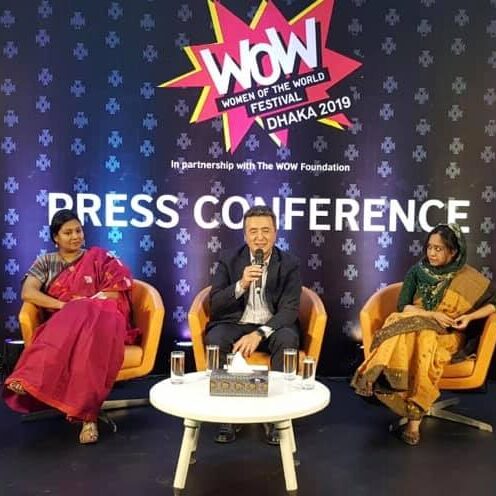 Women of the World (WoW) Bangladesh

Bonhishikha, in partnership with SPaRC, worked with the British Council as a local curator for the first ever WoW Festivals in Bangladesh from 2017 to 2019. The curation focused on: 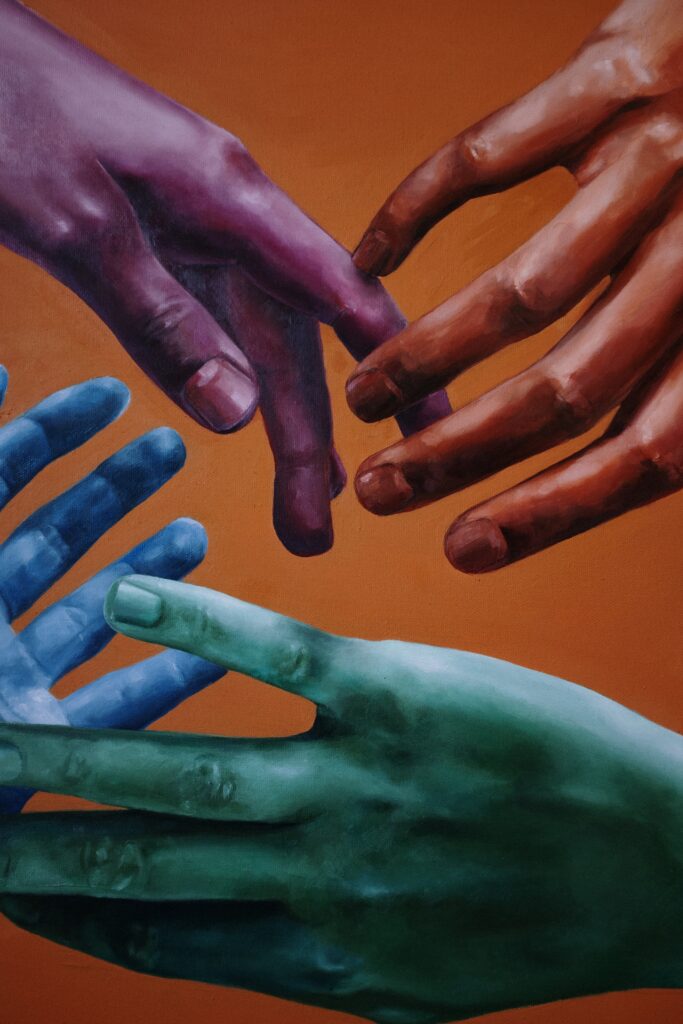 In 2021, Bonhishikha partnered with IWRAW and other implementing partners, including CREA and Akili Dada for the five-year multi country project named Women Gaining Ground. Under this programme, we will equip young women and girls, and their collectives, with the necessary tools to become active leaders in driving transformative changes in Sexual and Gender-Based Violence (SGBV), and for their political participation in alliance with the women’s movement.

The programme will strengthen the voice, visibility, and organising and influencing power of Women with Disabilities (WWD) and young women to eliminate SGBV as a critical barrier that impact the realisation of their rights. It will also create the required conditions to enable greater political participation. 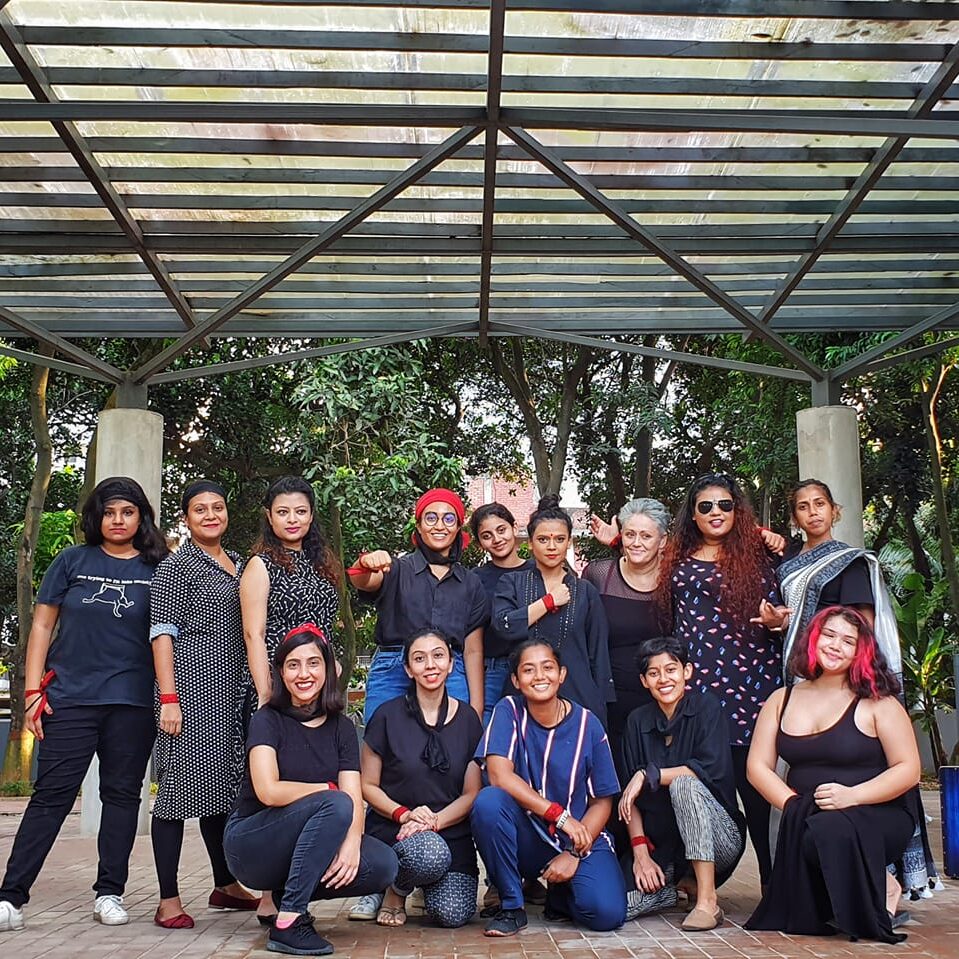 Bonhishikha joined as a core organiser, and joined other organisations and activists in this movement.

The alliance’s ten-point demand called for accountability for all major institutions including the state, educational institutions, the media, and accountability within the family framework. The alliance took an absolute stance against the death penalty, arguing that it would not solve the issue of rape culture, ignoring its root causes.

The alliance continues to demand mandatory and comprehensive sex education in schools, zero tolerance of victim blaming, prioritising cyber security, and raising awareness about individual cases of rape and assault.

We are working for equality across the spectrum of gender identities.
We want to work with you. Find out how.

get in touch
© 2022 Bonhishikha - unlearn gender. Created for free using WordPress and Colibri